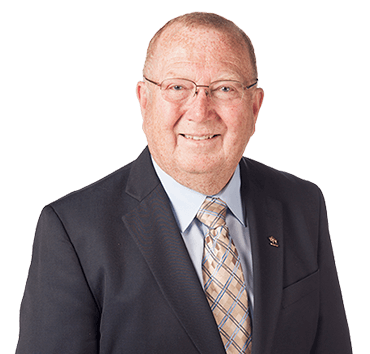 The Minister of Agriculture was pleased to see great projects crop up throughout Lakeside in 2017.

Lakeside MLA Ralph Eichler said one of the year’s highlights was the opening of Imperial Seeds at Centre- Port.

“That went from a small business on Arlington to CentrePort, creating a huge increase in employment, newer facilities, doing more science-based research on site and test plots at their new location,” he said.

“That’s certainly one that I’m very proud of. A local company has now gone international, so that’s wonderful news. I’m really happy for Kurt and his company and the great job that they’ve done to get to where they are today. It’s a great success story.”

On a province-wide level, Eichler is pleased to see the increase in the basic personal exemption.

“That was big for us to take some of those taxpayers off the tax roll that have limited resources for income so they are able to meet their needs as they see fit. We’re happy as a government to do that,” he said.

“It’s all part of making us more efficient and eliminating red tape to try and make things better for Manitobans.”

He is also pleased with the provincial government’s progress to reduce part of the deficit.

“We’re trying to keep within that curve to make sure we don’t have another credit downgrade and another rate increase through no fault of our own. We’re very pleased to be able to say we’ve made some headway, but we’ve got a long way to go.”

At the same time, Eichler embraces the challenge of trying to meet the needs of Lakeside constituents.

“They pay taxes and we all want good returns on our investments. It’s important that we get good return on those investments so that we’re able to achieve the needs of our communities and still stay within the financial realms of a balanced budget,” he said.

“We want to provide the service to our constituents and make sure we’re doing it without having to raise taxes at the same time because that’s what they elected me to do. I take those challenges very seriously to be as efficient as I can and still give good service.”

Although there might not be many major projects on the horizon for Lakeside, other initiatives across the province are having a positive ripple effect throughout the area.

“As a province, we have a lot of good things happening that we all benefit from. For example, with the coming of the Roquette pea processing plant in Portage, we’ve already seen huge impacts from our quarries because they needed a whole lot of aggregate in or- der to build a base for their new facility. Most of that came from Rockwood and Lakeside in particular,” Eichler said.

“We also had a great year crop-wise.

We don’t control the weather, so we really don’t know what the outlook will look like in 2018, but we’re hoping for another positive year for our farm families. We’ve seen some new smaller businesses start up in Lakeside, so we want to see them continue to grow and prosper and create those local jobs that are so important for keeping our families in our community.”

With the legalization of marijuana coming up quickly, Eichler expressed his reservations.

“I’m not sure we’re quite ready for 2018. As a province, we are way ahead of other provinces in trying to get ready, but at the same time, I think we could use some more time as a country,” he said.

“I’m concerned about the hidden cost that we don’t know about yet, whether that be policing cost, addiction counselling, making sure that the general public is aware of what the consequences of smoking marijuana is going to be on communities and, of course, on our hospital care as well. I’m hoping that we have enough of the revenue that’s generated from the marijuana to cover some of the costs and unknowns that are going to come with it.”

Looking ahead in 2018, Eichler wants to continue to serve his constituents in the best way he can.

“It’s been a real honour to be elected in 2003 and now to actually to be in government to try to implement some of those changes that I’ve advocated for over a number of years,” he said.

“I’m fortunate enough to be the third MLA in the history of Lakeside in 95 years this year. That’s quite unheard of in the history of Canada, never mind in Manitoba. It’s been a real privilege to go to the legislative building each and every day and represent the people of Lakeside. I want to thank them for their support and belief in me to do the right thing.”